On October 31, 1517, something happened that changed the world. No, it had little to do with Halloween. Do you know what it was? Even the man who did it didn’t know the effect it would have. On October 31, 1517, a Roman Catholic Augustinian monk and priest by the name of Martin Luther (1483–1546) nailed a notice on the door at Wittenberg Castle church in Germany. To Luther, it was a relatively small act. This was the common way of scheduling a debate in those days. But the world has not been the same since.

Martin Luther is a pivotal historical figure. This is not because he was perfect. He certainly had flaws (don’t we all?). It is because he succeeded in piercing the veil of darkness that then shrouded the world. Four hundred ninety plus years ago, he nailed his famous “ninety-five theses” to the door of the castle church in Wittenberg, Germany.

Martin was the firstborn son of Roman Catholic parents. His father, Hans, was a miner who scraped up enough money to send his brilliant son to university; there Martin studied the law. He earned his bachelor of arts in 1503 and his master of arts degree in 1505 at the age of twenty-three.

He joined the monastery upon graduation. He then talked to one of the supervisors in his monastery about some of his troubled thoughts but found no peace in the solutions offered by the Roman Catholic teaching. Luther was given the jobs of teaching and preaching, so he spent a lot of time studying the Scriptures. Finally, God showed him the answer to his doubts. “The just shall live by faith,” wrote the apostle Paul in Romans 1:17. This meant that Martin could be justified (declared not guilty and seen as righteous) before God only by faith (putting his trust in Jesus Christ as His Savior), not by any works he could do. In Scripture, he had found the truth, and the truth had set him free! Luther began to teach this doctrine to others.

But he found himself in conflict with many of the Roman Catholic doctrines. He felt certain that the wrong doctrines could be straightened out by study and debate. He felt sure that the pope and the leading men of the Roman Catholic church sincerely wanted to teach right doctrine from the Bible. He believed the church leadership had merely slipped into error, and they would readily correct themselves when the errors were exposed. This is why he nailed ninety-five points for debate to the church door on 31 October 1517. He wanted to initiate a scholarly debate. But the reaction he received was vastly different from what he expected, in two ways. First, the pope and leaders of the church did not want to debate. They did not want to change anything. They did not believe they were wrong! They firmly believed the authority to interpret Scripture lay with the pope and the church’s traditional teachings. They had no intention of listening to a German monk! Second, the citizens of Wittenberg and many other areas began reading what Luther had written, and were in great agreement with it. (It had been originally written in Latin, the language of scholars and of the church, but it was very soon translated into the common German language.) Luther’s ideas and teaching spread like wildfire throughout Germany and soon to distant parts of Europe. Luther continued to write about the doctrines he was finding in the Bible. He began teaching many things that were contrary to the official Roman Catholic teachings.

” Many people assumed the Roman Catholic church and the pope had authority over them. The only way to have forgiveness of sins, they believed, was to get it from the pope”. The people were eagerly buying these indulgences to free their loved-ones from purgatory and to give themselves license to sin. Martin Luther spoke out against this practice saying it is not in line with the teachings of the Bible. The pope and other church leaders found their sales dropping off and decided to put a stop to this Martin Luther!Luther was summoned to a religious court hearing before the Emperor Charles V, church leaders, and civil leaders in the city of Worms, Germany. They asked him to retract his writings. They commanded him to stop teaching contrary to the Roman Catholic church. He replied, “Unless I am convinced by Scripture and plain reason, for my conscience is captive to the Word of God, I cannot and I will not recant for it is neither right nor safe for a Christian to go against his conscience. Here I stand. I cannot do otherwise. God help me. Amen.”Charles V pronounced Luther an outlaw.

He declared, “We want him to be apprehended and punished as a notorious heretic.” He also made giving food or shelter to Luther a crime and gave permission for anyone to kill Luther. Luther escaped death because of the daring, undercover operation of Frederick III, Elector of Saxony (the part of Germany where Luther lived). Frederick had Luther “kidnapped” by masked men and whisked off to Wartburg Castle, where he kept him safely hidden. During his stay at Wartburg, Luther continued to write. He also translated the New Testament from Greek into German so his countrymen could read it for themselves in their own language. Many began to look to Scripture alone as the authority for their beliefs. They began to reject the authority of the pope and the Roman Catholic church. The people questioned Roman Catholic doctrines. Most importantly, many began to rely on faith in Christ’s atonement and righteousness for their salvation, instead of upon works, penance, and indulgences.

He was born into an extremely dark time in history. He was a monk and priest in a church that claimed to be the only way to salvation, yet it did not understand the Gospel. And, unlike today, Luther could not just read the writings of ministers in other churches or walk out of the Catholic church and into a Bible-believing church to get help. Any churches outside of the Roman Catholic church were small, persecuted, scattered in the wilderness, and secretive. Luther was brought up in, educated in, and totally surrounded by a worldview that contradicted the Gospel. But despite this handicap, God, by His grace, opened Luther’s mind to the Gospel and used him to light a light in that dark world.

The changes started by Luther had far-reaching effects on politics and society. In fact, Luther was one of the most influential men to have lived from the time of the apostles to now. The Protestantism that sprang from his movement has helped to mold our civilization.As is often true of visionary leaders, Luther was controversial and often not consistent in his views.

He made great strides in some areas, especially in promoting the authority of the Bible alone, justification by faith alone, and freedom of the conscience. Yet, odd as it may seem to us today, Luther could not see that these teachings opened the door to more civil and religious freedom than he was willing to allow in his time. But these freedoms would inevitably come to the people, including the Anabaptists and other radicals. Resulting in the religious freedoms and open society we have today.

Musician View all posts by rosewalto

Just the other Day

Verse of the Day

“How the Reformation Rediscovered Happiness”

But the gospel “signifies merry, glad, and joyful tidings, that make a man’s heart glad, and make him sing, dance, and leap for joy.” For “since we have been justified by faith, we have peace with God through our Lord Jesus Christ. Through him we have also obtained access by faith into this grace in which we stand” (Romans 5:1–2). And so, we can join with Tyndale and Luther as they laugh from the bottom of their hearts — as they rejoice in their righteousness.

What to believe, when Dad walks away!

God Loves You!
How do we paint accurate, biblical portraits of our Father’s goodness and faithfulness? When we’ve been the victim of sinful caricatures of fatherhood, we have a harder time seeing who God promises to be for us. The Bible articulates the truth we need ..

What would God say about anxieties

What would God say about anxieties !

Is Grace a licence to be Lazy ..

Is Grace a licence to be Lazy?

Magnet for Kindness  “Like a magnet, we draw in what we constantly think about. If you are always thinking positive, happy, joyful thoughts you’re going to be a happy, positive, joyful person, and you will attract other happy, upbeat, positive people.” – Joel Osteen I spent the day practicing kindness, happy thoughts, and even […] via […]

God celebrates even when we don’t feel like it. — Allison Bown 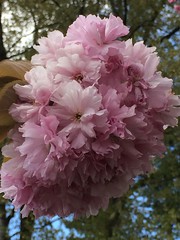 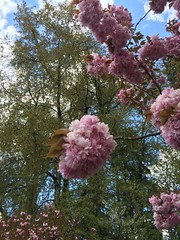 < Previous Next >
+ Add your own event Eventbrite

Apologetic Defense of the faith, the Bible, and Christianity

a daily reminder to grow your marriage

"Oh! that the power of God would set my heart and pen at liberty while writing, and fill your hearts while reading, that we may rejoice with joy unspeakable and full of glory." (John Newton)

boo to a goose

New Jerusalem is the Consummation of Everything Positive in the Bible

One Lord One Body Ministries

Becoming The People Jesus Prayed We Would Be